Let's hear from Christian about working on his dream projects, his thoughts on bridging, hosting, and the importance and nature of chatbots and assistants.

This week was the announcement of the much-awaited rebrand: Riot is now Element. In fact, three brands are coalescing into one: Riot and New Vector will be referred to as Element, while the SaaS platform known as Modular.im is now Element Matrix Services.

Note that Matrix is not involved in this change. Matrix is still Matrix, don't worry about that!

CommCon is an event dedicated to Real-Time Communications. In 2020 they made the difficult decision to go online-only, but had a fear of missing out on the "hallway-track" that is so important to industry events. Their solution was to include a live chat to run alongside their streamed talks!

Matrix was a natural choice for the crowd, but they wanted a way to encourage viewers to join the correct room from their own Matrix clients. To do this, they used the GSOC project from arnav-t - an HTML Embedded client - to present a live scrolling-view of the chat. You can see the result at https://2020.commcon.xyz/live/.

anoa is away this week, so no pretty graph, I'm afraid. (this is intolerable - BP)

The End is Nigh

This week in the ruma/matrix Google Summer of Code project, I worked on refactoring both ruma-api and ruma-events. After moving some of the larger chunks of the ruma_api_macro::api::Api::to_tokens method to helper functions, I spent time removing repetition from the Request/Response code generated by the ruma_api! macro. For ruma-events, the input parsing was changed to only allow valid names for the Any*Event enums. Altering the input parsing had the added benefit of replacing all of the string comparison and manipulation with strongly typed comparison and manipulation.

The final few issues to be resolved before the next crates.io release for ruma-events can happen are related to redacted events. Support for redacted events was added to the Any*Event enums, they now have redacted variants of each event kind. A few follow-up PR's have been merged to fully integrate redacted events into ruma-events, fixing specific event deserialization issues and splitting the UnsignedData struct into Unsigned and RedactedUnsigned.

This week for the GSoC project of HTML Embeddable Matrix Client:

See above for details of this project being used in the wild!

End to End Encryption with matrix

matrix-media-repo has just released v1.1.3 with several improvements and bug fixes - please give it a go, and get support in #media-repo:t2bot.io

I also investigated why so many sytests fail and created this issue: https://github.com/matrix-org/sytest/issues/913 Apparently Sytest did not expect a server to optimize their /sync responses as much as Conduit does :P.

Note: The official Conduit server is now reachable at "https://conduit.koesters.xyz". Thanks to everyone who supports me on Liberapay or Bitcoin!

A big week for matrix.org performance.

This graph shows the impact to outbound federation lag.

Aside from that we also shipped shardable push and frontend proxy workers as both were starting to max out on CPU as well as a shardable client reader, allowing us to shard registration which was especially important this week :)

Finally we moved typing notifications from the master process and optimised incoming replication queuing to buy us a little more head room.

Next steps are to revisit where all the remaining cycles are going on the master process. To help us profile we are migrating to async/await semantics and Patrick produced this natty graph to track progress.

Outside of performance we shipped a bug fix to prevent large initial syncs taking out the synchrotrons. The admin api sprouted an end point to list room members (thanks awesome-michaeland the ability to reactivate previously deactivated users.

Coming up we’ll dust off the notifications project which has been put on hold while Riot transmogrified into Element and we’ll continue with chipping away at the master process.

And another bump of the K8s-optimized Synapse images, this time to 1.17.0

We only featured this a month ago, but I want to call attention again to this awesome Synapse version adoption tracking project from Chris . I wanted to know how quickly Synapse 1.17.0 would be the most deployed version (~36 hours), and the answer is right there!

I started working on a Twitter DM bridge that uses the internal API instead of the complicated official one. It should be easier to set up than bridges using the official API, since there won't be a need to get API keys and forward webhooks. The main risk is that Twitter doesn't like people using the internal API and starts blocking users like Facebook does, but hopefully that doesn't happen.

So far I've only made a simple library for the API, but the bridge should be usable by the next TWIM. The bridge and API library are at https://github.com/tulir/mautrix-twitter and there's a discussion room at #twitter:maunium.net.

Please report any issues at https://github.com/vector-im/riotX-android (which will probably be renamed soon), because Element Android is actually RiotX code! Thanks for all the contributors of RiotX, we still have lots to do to make the app even better and full featured.

After seeing all the Element room avatars, I thought to myself, "you know what, #radical-webext:matrix.org needs a new icon"… so I sat down and combined a couple of icons. The result: 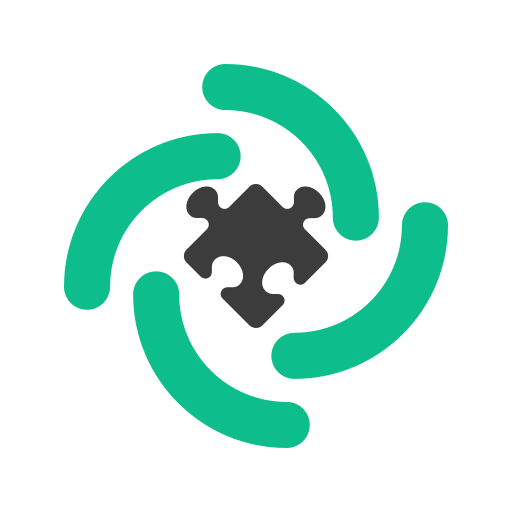 Radical also quickly (as always) got updates when Element 1.7.0 and 1.7.1 were released. Huge thank you to stoic for making Radical in the first place.

I updated my F-Droid repos which are containing the dev builds to reflect the latest naming change to Element.

The people who formerly used my repos for getting the dev repo of Riot-Android should update to the new repo. It wont be updated to get Element

As always you can grab the F-Droid or GPlay flavor and you can pick the repo which reflects your flavor on https://fdroid.krombel.de

Note: As "the new repo" is internally the same repo as the one of RiotX (and Riot.imX) the people who already used that don't need to update their packet source. They will get the updates to Element via the old repo urls.

Feel free to use it 🙂

As promised last week, maubot now supports end-to-end encryption. It's a bit bare at the moment, so you need to manually insert the device ID into the database for it to start working, but other than that it works. Plugins don't need to be changed at all, the framework will handle everything.

While I was adding e2ee to maubot, I also improved mautrix-python's crypto stuff so that it's easier to use it directly as a client library with e2ee. Some day I might even add docs :D

Is this the first time we've seen tooling for Crystal?

matrix-docker-ansible-deploy is now ready to help you with the Riot -> Element transition.

We have a few ways to handle the migration depending on how much change and breakage you're willing to tolerate. See our Migrating to Element documentation page.

Matrix-Alertmanager bot has a new release of v0.3.0. Highlights are compatibility with AWS Lambda, better error handling if message fails to send and the ability to do a @room mention on firing alerts. Find it here.

REPL for your matrix rooms

This week, we got support for javascript (nodejs) with !js. The code

complexity was considerably reduced, which should make adding new languages much easier in the future. All Python sub-dependencies are now pinned, making

Noteworthy team (patrick and myself) have open sourced both components (spoke & hub) of Noteworthy (Matrix over Wireguard overlay networks -- https://github.com/decentralabs/noteworthy) we are actively welcoming testers/contributors and working with a handful of projects on incorporating our deployment model over in #noteworthy:tincan.community -- it is also the fastest way (less than a minute) to deploy your own home server! Also, working on incorporating Noteworthy into the popular ansible deployment repo to enable users who don't have access to a publicly accessible to deploy their own home servers.