"Wowza, that's a lot of new MSCs!" I hear you say. This is actually a listing of the last 3 weeks, as it was pointed out to me that the last 3 editions of TWIM have not all features an MSC status update - which means some MSCs may not have necessary made it into the limelight.

As such, here's those from this past week, as well as the ones that were missed!

It's that time of the year again - a new Spec release is on the horizon! Matrix v1.3 is expected to land sometime this month, and will include:

MSCs which land between now and v1.3 might get incorporated if easy enough, though chances are they'll slip to v1.4 (expected next quarter).

On top of that, the other bit of news is that the proposal-in-review label has now been removed from the matrix-spec-proposals repo and thus all MSCs. This doesn't mean your MSC is no longer in review! We simply found the label redundant along with the other labels in the process (it was attached to all MSCs which hadn't been accepted/merged yet, which means very little) and thus we decided to remove it to reduce noise.

The random MSC of the week is... MSC2881: Message Attachments!

This MSC has actually been potentially(?) superseded by MSC3382. In short, both look to provide a solution to the problem of attaching (multiple!) images to messages, such that clients can display an album of images in a single event in the timeline.

Check it out if you're interested in introducing such a feature!

Synapse v1.58.0 was released this week! Check out the v1.58 blog post for the full scoop, but the highlights are:

We also released a v1.58.1 patch shortly afterwards to address an issue with the Debian packages on some configurations. Server admins not using the Matrix.org Debian packages do not need to install this patch release.

Otherwise, ongoing work from the core team continues with Sean and Rich working on faster room join performance, Olivier pushing forwards on testing Synapse with workers in Complement, while Erik has been tackling general performance work.

Hey folks! We're announcing our 1.6.0 release for matrix-hookshot today. More features in this release: tadzik has gotten involved and given us support for RSS feeds in this release. You can check out how to get going with those in our hosted documentation.

The highlights this time around are:

This week brings another round of big improvements & new features!

With the combination of friends list curation & DM creation support, it should now be possible to connect with KT contacts entirely from Matrix! Simply add some friends, list them, and invite a listed friend to a 1:1 room!

Hi folks, note that today (Wednesday) we released a high security update for the matrix-appservice-irc bridge. Please update to 0.34.0 as soon as you can.

This week we released Thunderbird Beta 101.0b1. It includes a bunch of bug fixes for the Matrix implementation and shows reactions as system messages, so you know when someone gives you a 👍️.

Someone on Twitter complained that no chat client works like MSN anymore, where you could have separate windows for each chat. So for MSN compatibility we added that. (It is a bit experimental still, expect some stuff to not work or crash)

Bulbu also went through a lot of effort to add a second set of emoji shortcodes to Nheko. Those should be more familiar to people coming from other platforms or clients while the old shortcodes are available still as well. We also saw a lot of progress on the Finnish, Chinese, Indonesian and Russian translations, animated images should work properly in the image viewer again, buttons for opening the member list are now clearly marked with a people icon next to them. The memberlist is also now search- and sortable.

Anyway, have a look at how important multiple windows are: 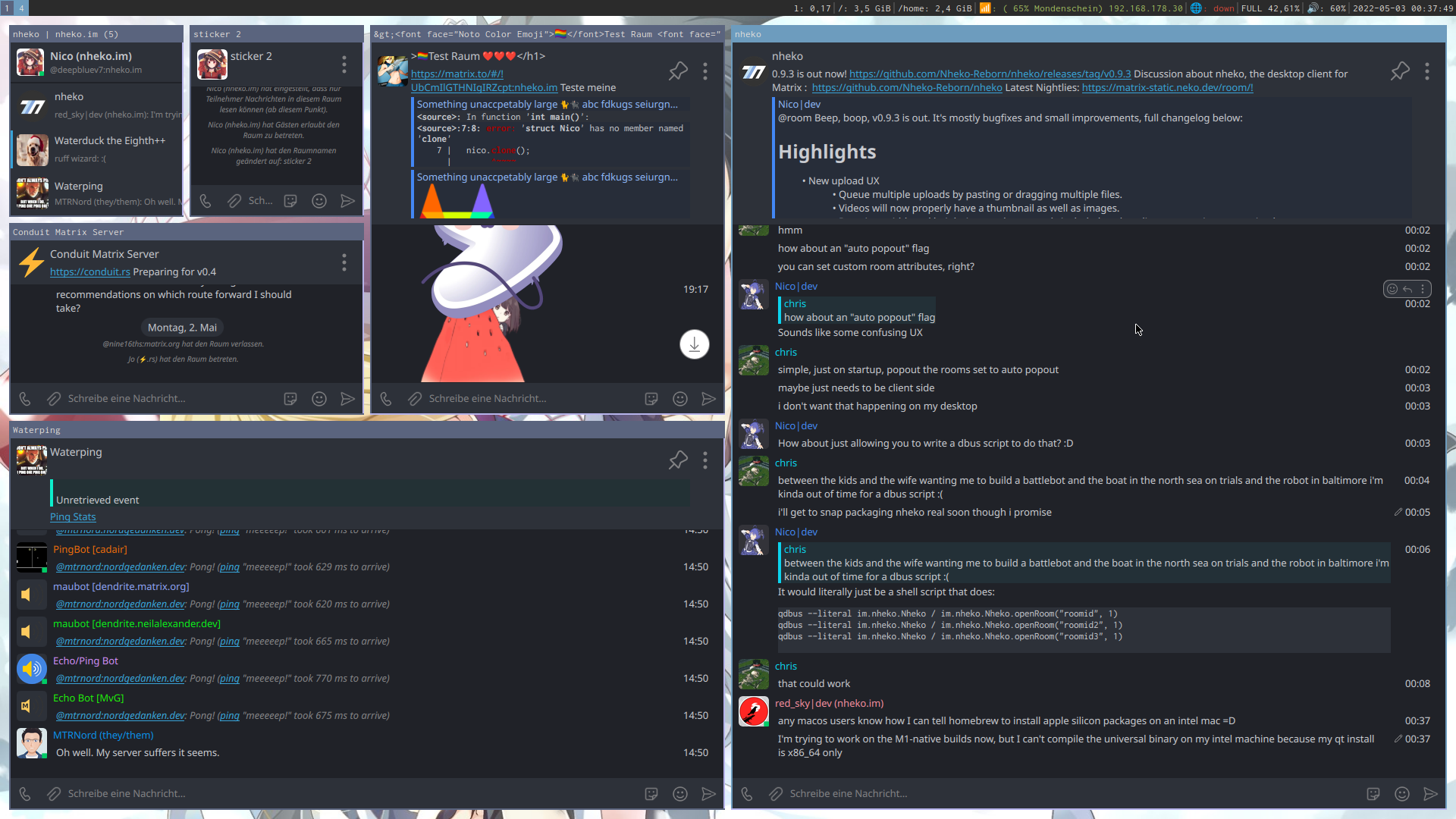 FluffyChat 1.4.0 has been released with a lot of bug fixes, performance improvements and new designs. Take a look at the new designed sign up screen, which also now supports recommended homeservers from joinmatrix.org

Ement.el has received several updates since the last time it was mentioned in TWIM:

Come join us in #ement.el:matrix.org!

In this months demos (also shown off at the top of the TWIM post), Eric showed off a proof of concept to anonymize your screenshots so you can easily include more context when submitting logs or bug reports without worrying where the bug occurred. The current concept will color block all of the text on the page to still maintain the structure of the app but completely hide the content itself.

This still has a ways to go before it's integrated in Element under the click of a button so if anyone wants to take over or give feedback, go comment on the issue, https://github.com/vector-im/element-web/issues/9615. If you want to use the anonymization now, you can manually run the JavaScript snippet from the issue in the browser devtools.

This mode could even be further extended further to include event_id labels in the corner of each message to easily correlate the logs to the screenshot. 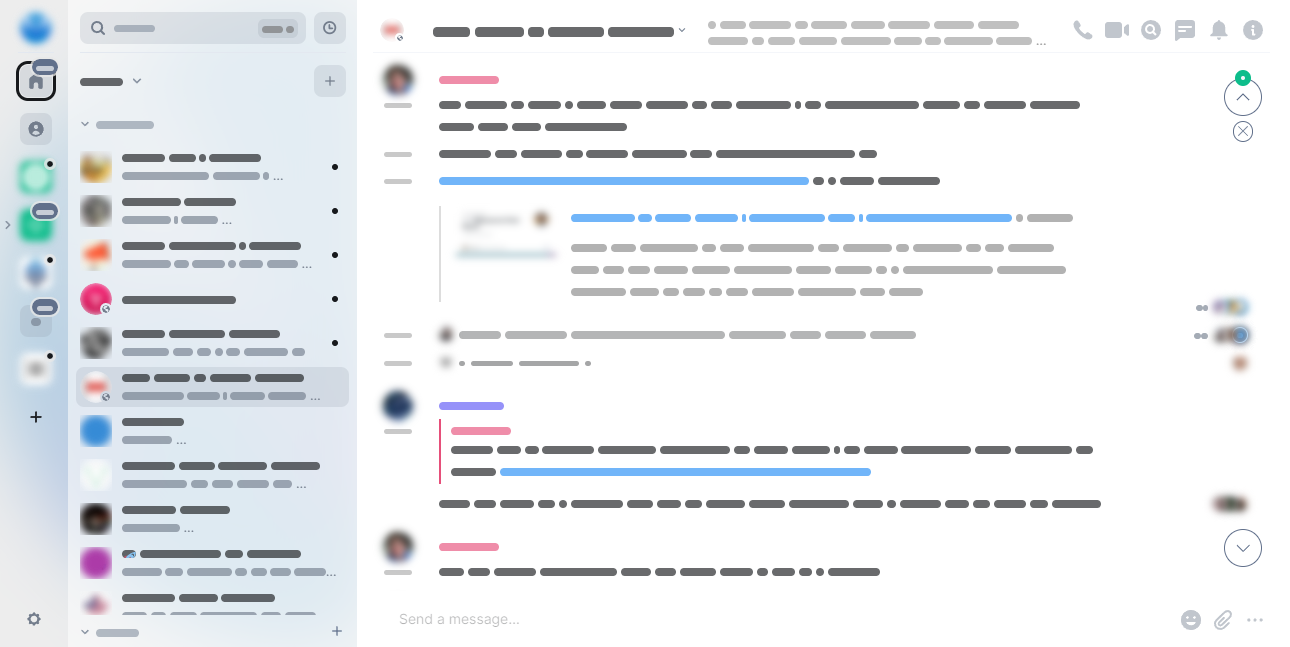 Over the last two weeks, the theme in populus-viewer development has been permissions:

Besides that, I've been having some fun on the css-overhaul branch reorganizing some design elements, and centralizing the color CSS in a few variables, opening the way for things like a dark mode and user-definable themes. Here's a peek at the new milder and more welcoming default look: 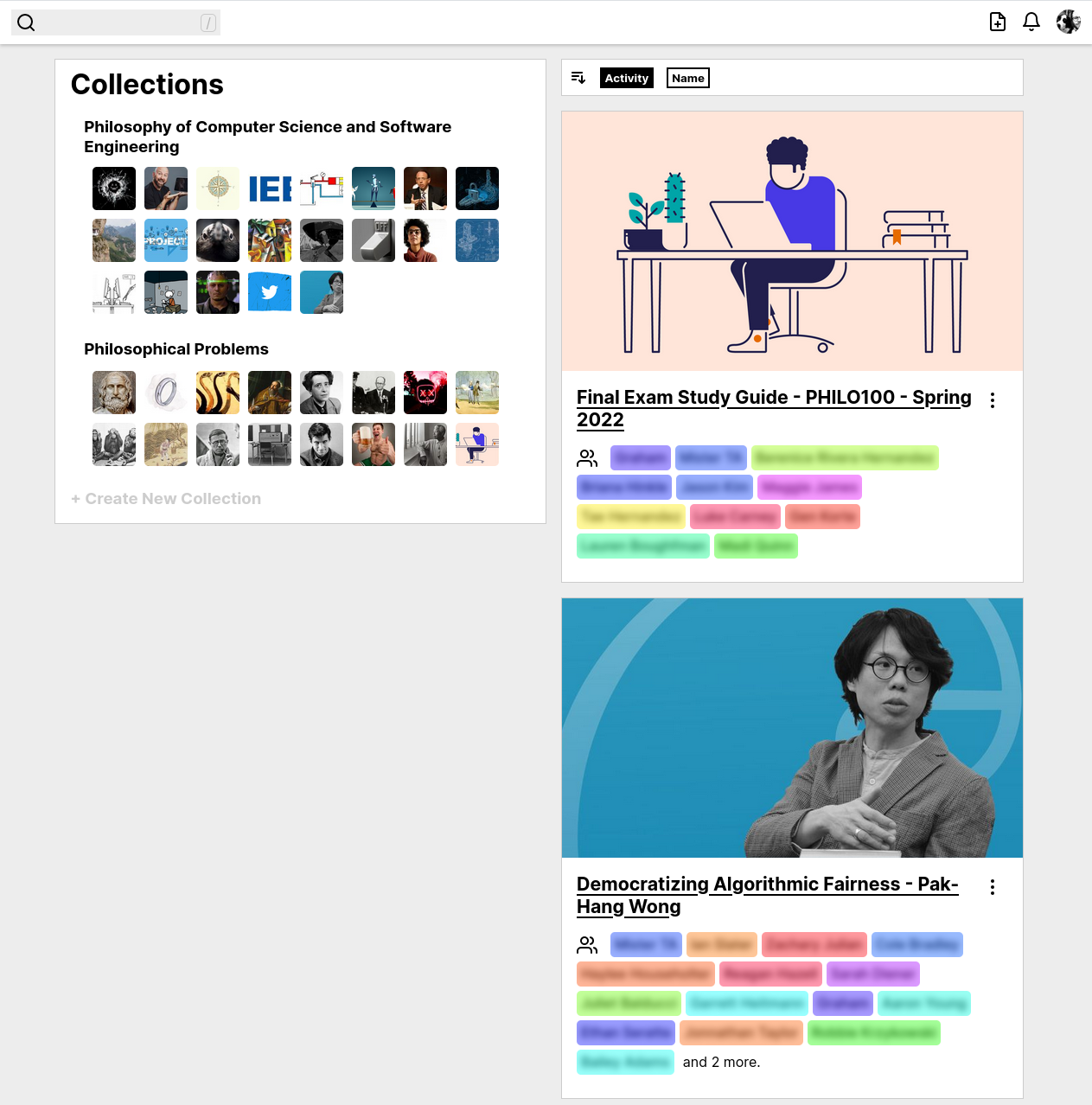 The permissions work now has us at one thousand commits. Here's to the next thousand! 🎉 As always, if you want to learn more, follow project progress, or talk about the future of social annotation on matrix, come join us at #opentower:matrix.org.

Matrix Wrench is a web client to tweak Matrix rooms.

I'm working on a few features for Wrench's anniversary on 13th June. Here's a bug fix for storing identities and a new button to check your membership status in a room.

After a few release candidates and weeks later, we released Trixnity 2.0.0 today! It contains many breaking changes due to a large refactoring, which allows us to share a lot code between server and client implementations of the Matrix APIs. This means, that Trixnity can be used to implement matrix servers in addition to application services and clients!

Trixnity finally has support for Kotlin/JS. You can implement a browser client or even better: multiplatform client. Support for Kotlin/Native will follow soon (e. g. for iOS clients). Right now, there is no trixnity-client-store implementation for JavaScript (e. g. IndexedDB), so you need to stick with InMemoryStore at the moment.

Besides notification support (push rules are evaluated), we introduced helpers to get the complete timeline as Kotlin-Flow (no more complicated loops to get the timeline). You can even subscribe to all timeline events, which is really helpful to implement bots with e2e encryption support. Speaking of e2e encryption: libolm is bundled into trixnity-olm jars, so you don't need to build olm by your own anymore.

These are the most important features. For the complete changelog, have a look at the release candidates.

This week the team released version 0.9.0 which contains new features and some refactoring as many deprecated endpoints were removed so make sure to use the new ones when doing the migration. Support for the Element recent emoji (io.element.recent_emoji) was added. A new method to get the last read marker was added. Lastly, the timeline logic was enhanced, and it's now possible to load the timeline at a specific event. So you can load the room to the last event and then paginate through the new events. When reaching the last event, the timeline will automatically allow new events to be added in the timeline when received.

See you next week ;)

I have spent the day ignoring more important things and trying to have something to TWIM. I wrote (yet another) GitHub Action for sending build status to matrix rooms. This action looks at all the completed jobs in your workflow and posts a combined status for the workflow as a message and reactions for all the individual jobs, inspired by the maubot GitLab plugin.

Hello together. I made a generic bot, named Safed Sundarata, or Sundar in short, that should make it easy to get basic special functionality working. It has a lot of different functionality so you have an example code to work off of. The main motivation for this bot was to provide an !error <code> command for the developers in the ReactOS Matrix Rooms, which translates error codes to human readable text. Then of course i added other useful or fun commands to the bot. You want to read the Readme to find out more. This is the first time i ever wrote a bot, so feedback and corrections to the Source Code are highly appreciated. It is written in Go using the mautrix-go framework (thanks tulir and everyone who worked on this making it easy!). Even easier is to run and build it with go, no insane build system with broken dependencies required, which was the reason why i made it from scratch.

The moderation bot for Matrix

We have released v1.4.2 of Mjolnir https://github.com/matrix-org/mjolnir/releases/tag/v1.4.2 which includes:

I am releasing a brand new moderation bot, graim! This bot allows you to moderate communities that are bridged with Discord via matrix-appservice-discord. You can tie a Matrix account to a Discord account, and moderate both platforms seamlessly from either end! Graim supports one Discord server and as many Matrix rooms as you want, per instance. :) You can run it yourself from the Github - https://github.com/luphoria/graim You can join the matrix space, which is bridged to the Discord server I'm streaming every week live coding Rust and Matrix at https://twitch.tv/andybalaam and https://andybalaam.uk.to (Owncast). Feel free to join me as I write a Rust Matrix bot. I'm currently on a side quest to add Redis support to the matrix-rust-sdk crypto store. You can watch past streams at diode.zone/a/andybalaam.